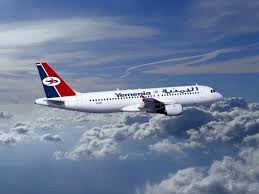 Yemeni Airlines has announced that they will begin direct flights by the mid of Feb, between Dubai and Socotra. An A320 aircraft will join the Yemenia fleet in the next few days, with two new air-crafts expected to join by May 2015.

Despite the difficult situation in Yemen, Yemenia is planning to expand its fleet and fly to more regional and international destinations. “The new aircraft will add more value to Yemenia’s current operations,” said Mohammed al-Makhlafi, Yemenia’s commercial manager.

People from around the world consider Socotra a great tourist destination. In a visit to the island last month, Al-Makhlafi revealed to the people of Socotra and the travel agencies   that Yemenia would double its flying schedule to the island, both domestically and internationally.

Yemenia Chairman Captain Ahmed al-Alwani stated, “The technical team and engineers of Yemenia have checked the readiness of the new A320 aircraft to join the Yemenia fleet.”

Al-Alwani is expected to improve Yemenia’s business over the next years. “We have managed to reduce the total ineptness by 75%,” he claimed. “This process has kept the well-respected reputation of Yemenia. We look forward to the country escaping its current political crisis so that we can continue our commercial plans.” Concludes the chairman.

Development
← Mysterious Cave Art on SocotraNew System of Writing for Socotra Language Created by Russian Linguists →
Do you know that...
The north-western part of Socotra is planned for construction of a new sea port. The field research works are about to be completed.
Our projects