/ Home / Activities on the island of Socotra / Sailing on Socotra

It was on sunrise of the fourteenth day that a glimmer of what looked to be cloud appeared on the horizon, as the morning light blazed through .. from air, materialized land.

Jagged cliffs rising up a 1,000m to an endless plateau, sand dunes spilling into the sea, scattered red rocks marking evidence of oxidized ferrous limestone marked the way. Countless gannets and terns flew by, a pod of pilot whales swept passed .. after traveling aboard what felt like a spaceship hurtling through the cosmos we had finally arrived on a distant alien planet .. the tinge of excitement only grew.

Look at a world map and the island is not hard to find, imagine the Horn of Africa extending further and there it is. One can easily imagine Socotra being once connected to the mainland by a long ago isthmus eaten up by the endless waves, but as geological record shows an island formed 20 million years ago as a plate drifted from the shores of Africa.

Touching land countless faces smiling and all curious, who were these people. I announced: "I am happy to finally be back in Africa", to which they replied, "No no, this is the Middle East!" Awesome.

Socotra tamam! Socotra good! An expression one quickly learns through osmosis as it is a common saying people often times use when talking to you on the island of Socotra. Though this is a common Arabic expression, the local language Socotri is, as the name suggests, a local language whose roots is one step older than Arabic.

The island of "Soqutra" is old, there is no record of when people first settled nor from where the name came, such information has been lost to the sands of time. Where you can find the name, written in the pages of Gilgamesh and Sinbad.

An ancient world trading port for myrrh and frankincense, the seasonally sheltered harbors across the island were once home to corsairs and traders alike. Today the frankincense remains some of the world's best because the Socotri people harvest through traditional approaches of collecting the sap naturally rather than creating taps to force it's release.

What one could only imagine to be a long and colorful history, the spoken record of tribal life on the island is one of long peace. Walk the streets of Socotra's capital Hadebbo and you are met with a very friendly people. In their faces you can readily recognize three distinct cultures. There is ethnicity from India, the Middle East and Africa yet these Socotri people have all shared this island as a common home for countless generations.

The biodiversity of the island is radical. As one traveler called the capital's backdrop of Hajhir Mountain some 130 years ago, "If Socotra is the body, Hajhir is the spirit". The mountain top at 1600m is the island's proverbial bank, home to 93 endemic species. From lizards to trees, bushes and flowers the fauna is a wonder taken from the pages of Dr. Seuss.

Now arriving at the end of the dry season, the island is arid but whose hills will soon turn green with the rapidly approaching north-east monsoon. The bottle trees, one of the bizarre often photographed endemic species here, now in full bloom. The pink bushels of trumpet flowers along small branches atop what can only be described as swollen stunted trunks remain flowering for some three months.

Another of the world's rarities only found here above 800m is the Dragon Blood Trees. Aptly named as the sap coursing the tree's veins is a most crimson red. Also called "umbrella trees", in 2006 Czech University students counted their numbers through grid based satellite imagery and determined there is some 65,000 on Socotra. However, on November 8th of last year, two cyclones hit the island killing 21 people with an estimated 10% of the Dragon Blood Forests toppling in the wind.

These wonderfully strange trees face a rising concern, they are no longer naturally reproducing. Locals speculate threefold; less than average rainfall, goats continually consume any sapling growth and hotter than average temperatures. Could the fate of the Blood Forests be yet another victim to the annals of history?

Relatively small by western standards, the island is indeed vast due to the limited transport and mountain roads that though rough are manageable. The hill tribes hold great respect to the drivers that can navigate their roads.

In order to facilitate our short stay while visiting the island we enlisted Denis of www.socotra.info. A stoic expat from Moscow living in Socotra with his wife Anya for some ten years, he left his previous life as a marketing executive to chase waves windsurfing. After a stint in Egypt his path lead him here.

Denis' business associate, Mohammed, is a native Socotri, fixer and guide. Mohammed and Denis made easy and all the more enjoyable visiting the wonderful culture of the Socotri people and the exotic beauty that is Socotra.

In the course of our conversations you could readily feel the love that local and expat alike hold for this island. In their hospitality you saw reflected their absolute regard to hubris, a sign of nobility in Arab culture. Lastly you could sense in them the question..what does the future have in store for Socotra?

A local ethnologist, Ismael, told me; "Socotra is not ready to be connected to the world.. we need to organize here and need help from the other side to develop by putting the right things in the right place".

Yemen became a unified north and south in 1994, today the mainland is at war and what was once a nation is now hemorrhaging. Though the war is not felt here on Socotra, the impact rests in the lack of any support coming from the mainland for the islands infrastructure.

For about a year now, the Khalifa Bin Zayed Al Nahyan Foundation has been actively supplanting the mainland's government making their own massive infrastructure developments into Socotra. There is currently a new petrol station in operation along with the island's first fish factory designed solely for export to the Emirates. The airport and government offices have been renovated along with the seaport being greatly expanded to support large cargo vessels. The hospital currently has a new wing under construction and a new facility being built outside the city. The youth of the Socotra have also been provided new opportunities.

The big question remains, though there is much needed investments into the island's long neglected infrastructure .. what is the future of Socotri culture, of the vast incredible nature recognized as a UNESCO World Heritage Site in 2008? 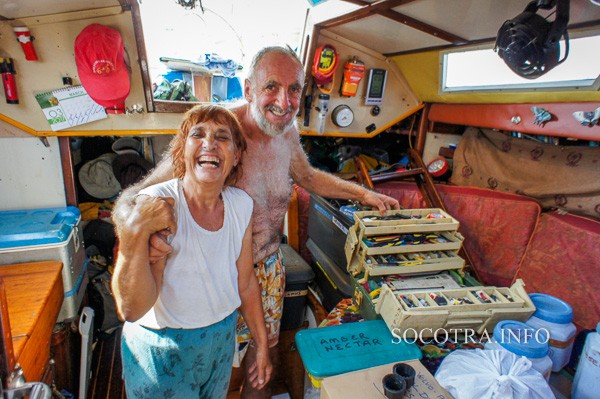 Tony, Karin & I thoroughly enjoyed our stay in Socotra. Absorbing the beauty of the land and breaking bread with the people was a treat we won't soon forget.

Writing these emails is never easy, often times you are overwhelmed at a place..fortunately at sea it gives you time to reflect and decompress. I hope this long form I put together shed's light justly on what is happening on this beautiful island of Socotra.

Finally, I am happy to report we are safe and sound in Djibouti! Now this, is Africa! Though slightly strange to speak so much French. Crossing the Gulf of Aden was not without worry, a ship was hijacked on Friday the 7th of April not 30nm from us .. we heard it play out on radio, but that, is for the next email.

As they say when parting in Socotra,
Masa wazzha - good health and rain! 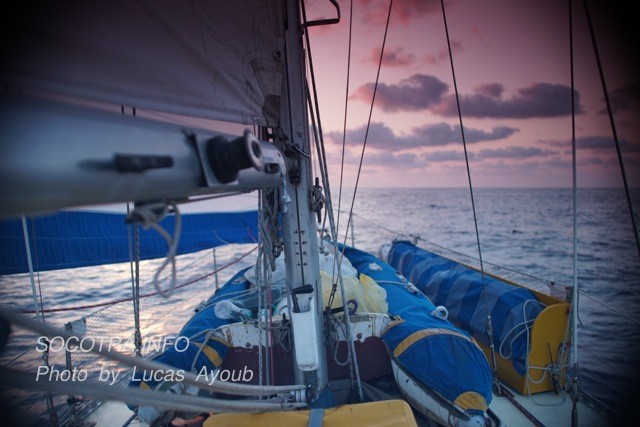 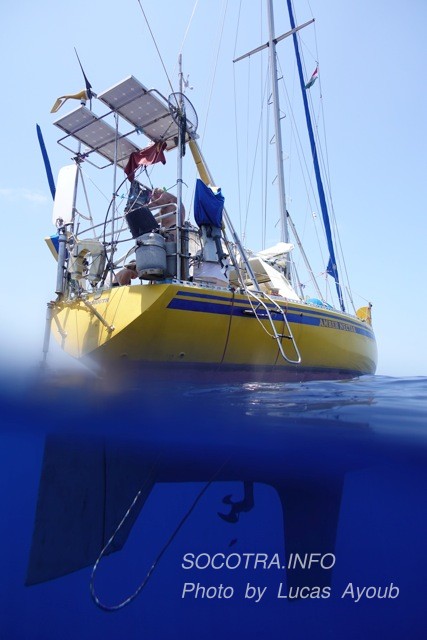 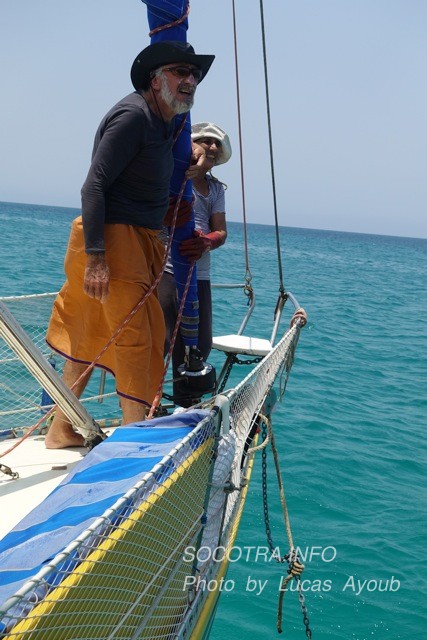 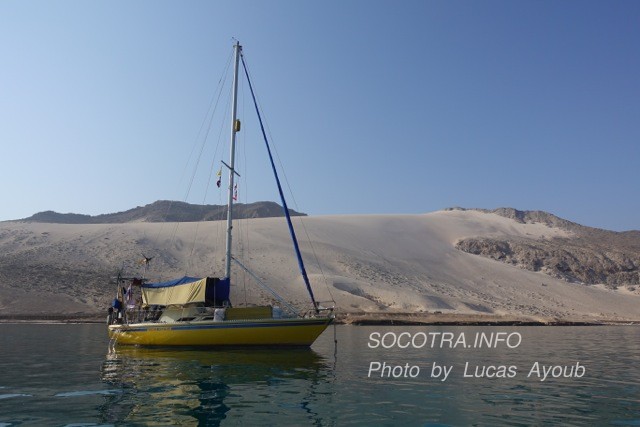 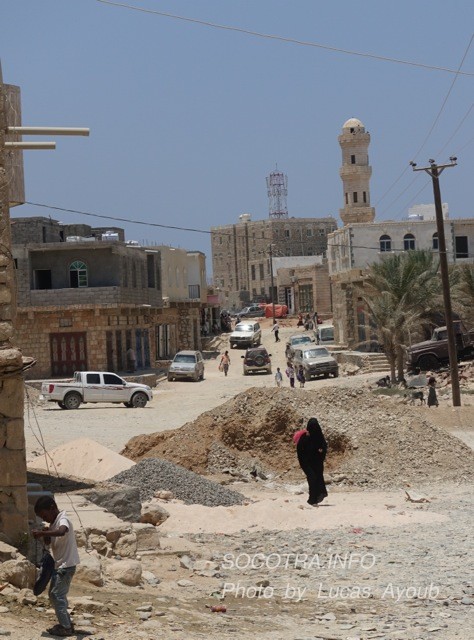 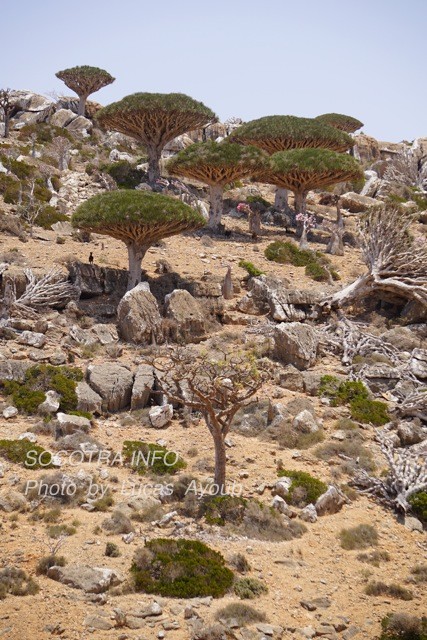 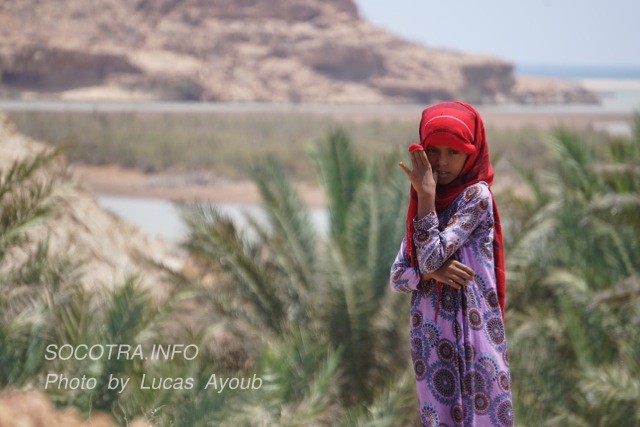 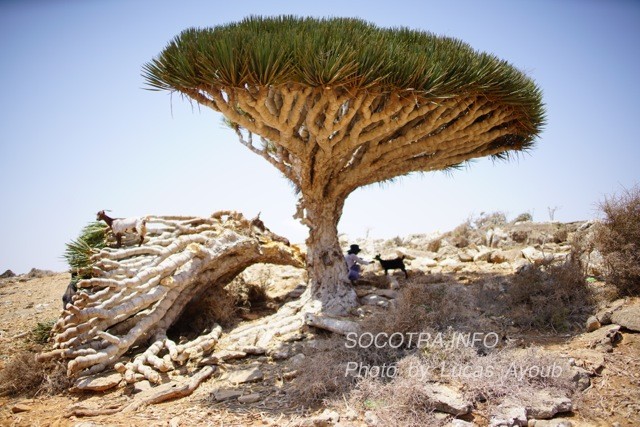 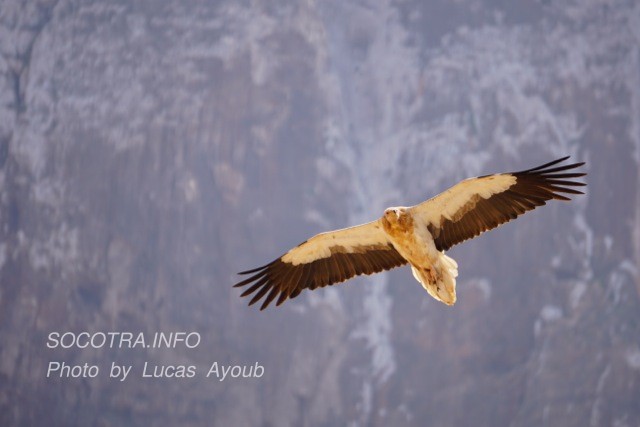 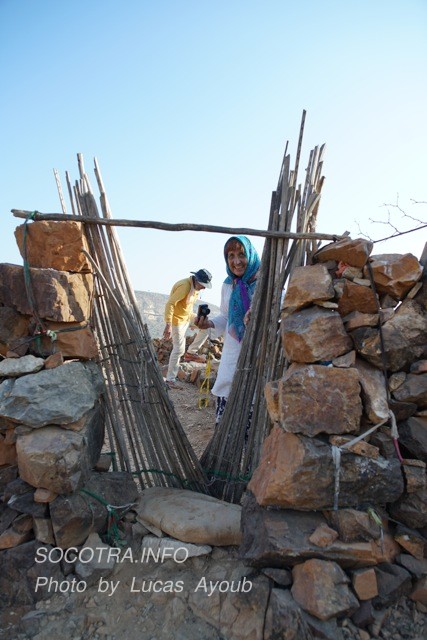 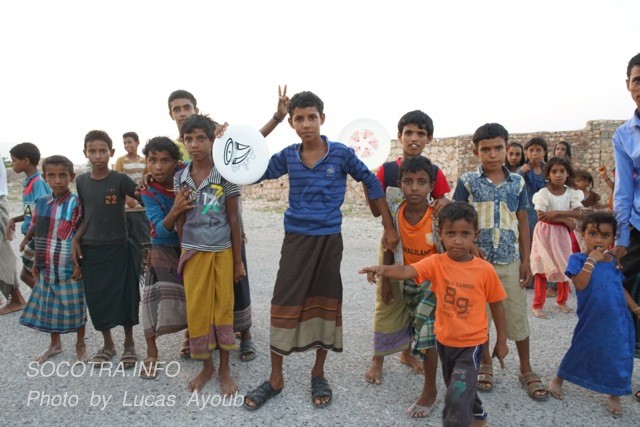 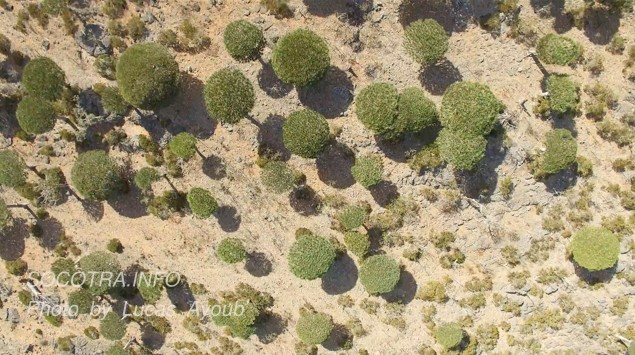 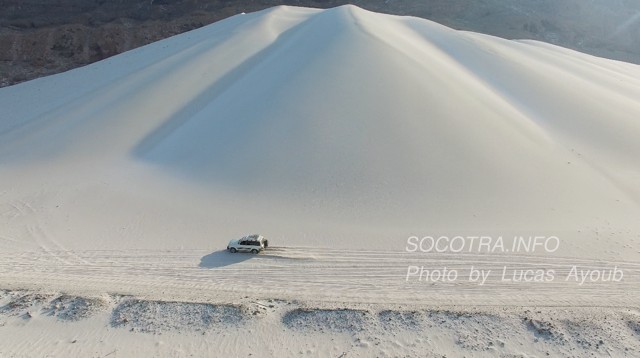 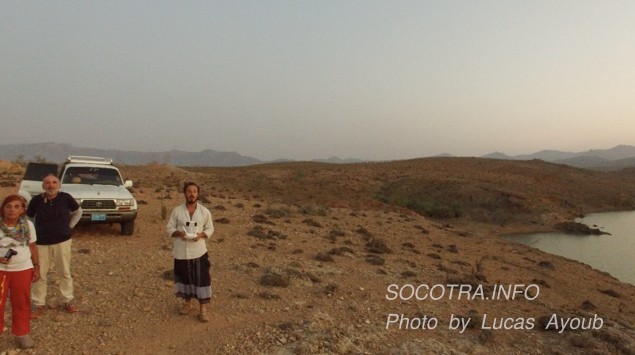 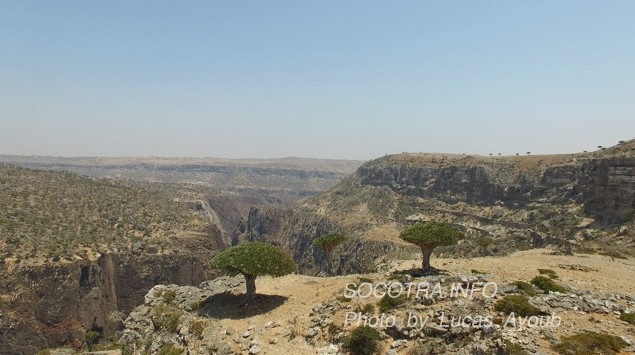 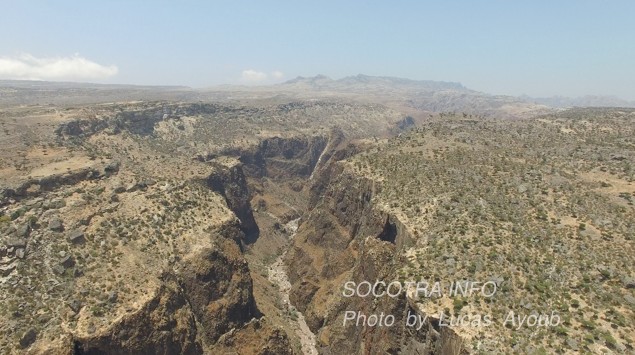 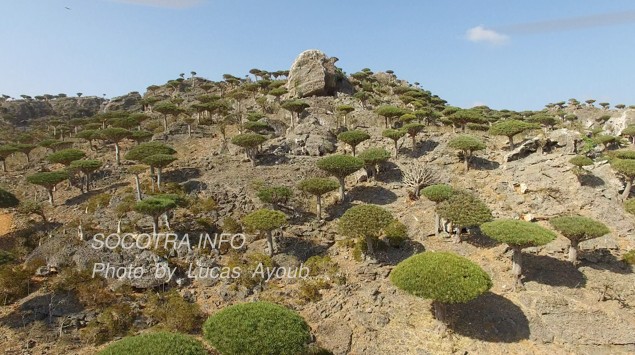 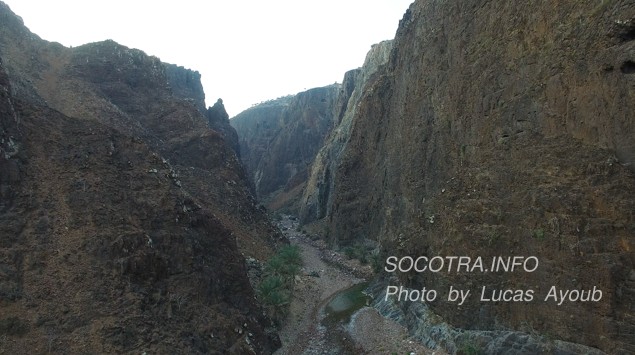 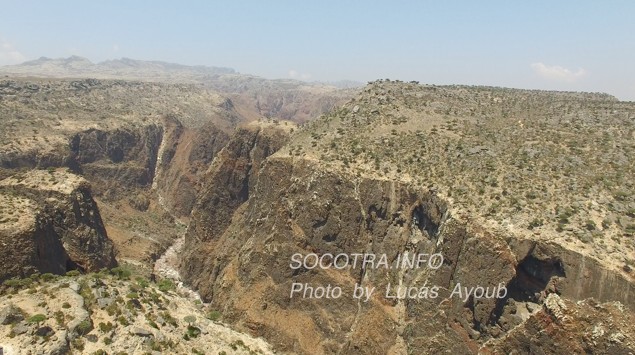 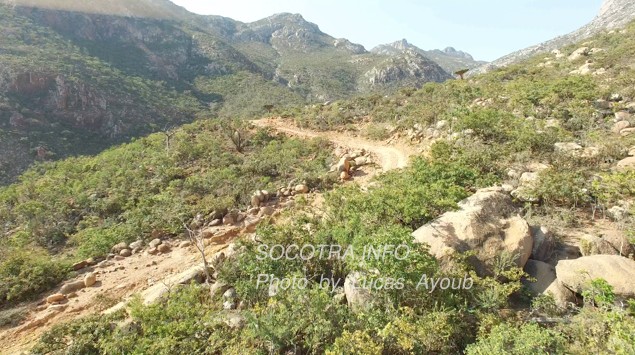 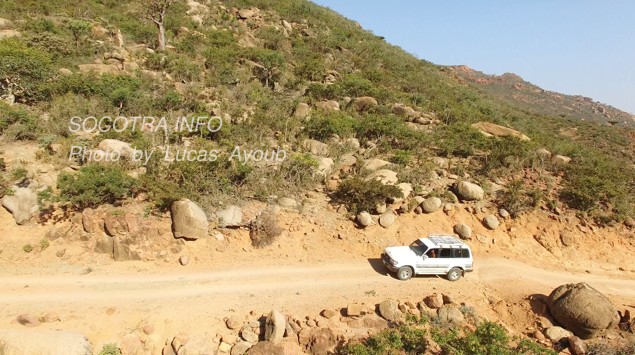 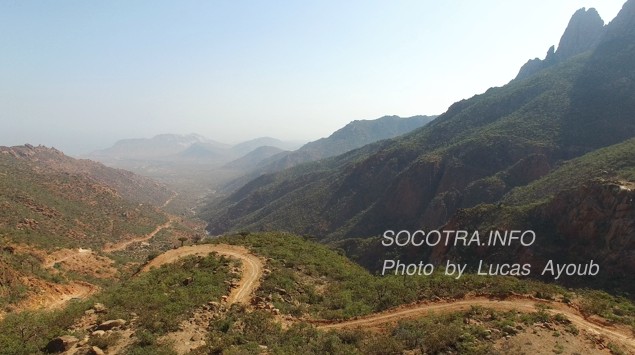 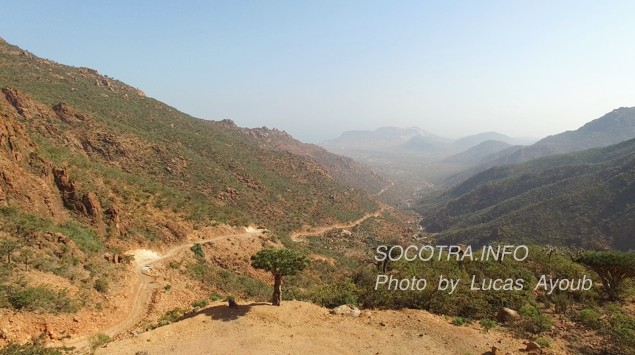 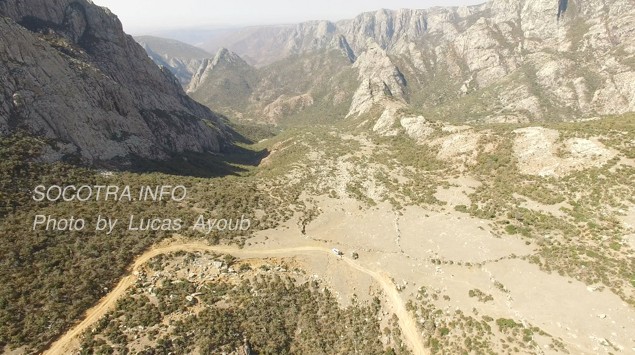 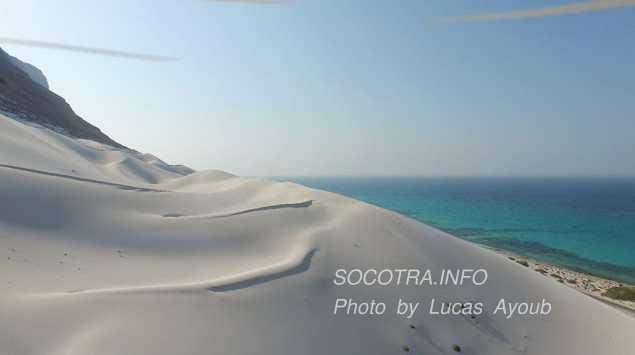 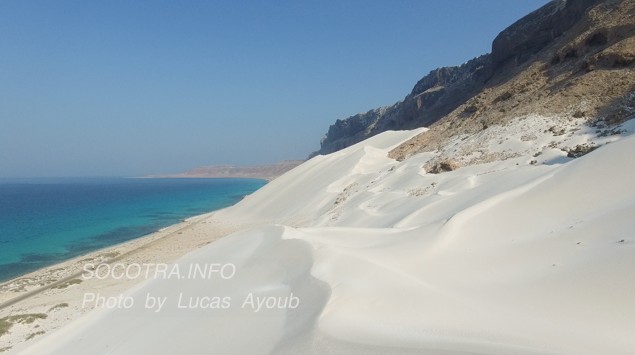 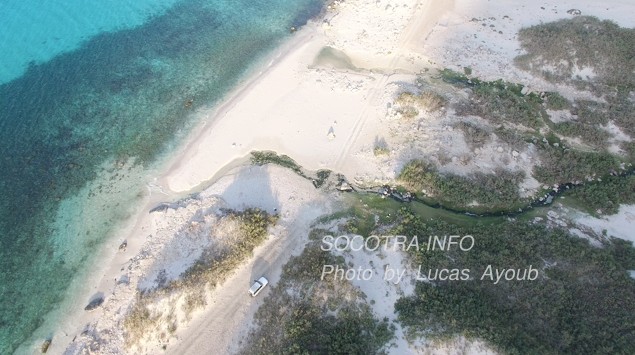 photosquadcopterSailing on Socotra
← Report of sailing yacht DeltaSailing cruisers on Socotra →
Do you know that...
Guido Adler was the first one in studying Socotran folk music.
Our projects