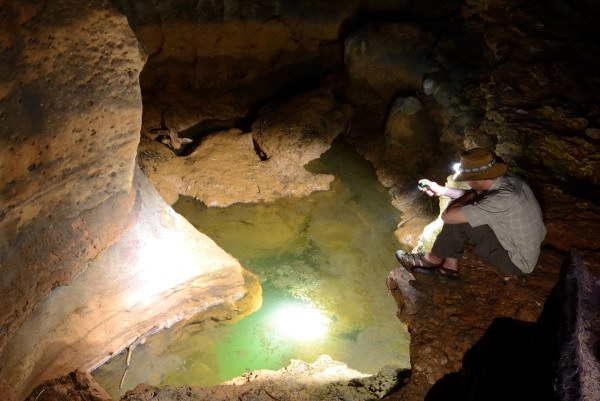 "As we entered under the branches of the fig tree that stands as a sentinel at the entrance to Dahaisi cave, one could not help thinking about the local legend of a giant white snake that preys on those foolish enough to enter the caves of Socotra. With visions of this beast slithering towards us we began our descent into the dark.

Once we had entered a hundred meters inside the cave, all outside light had vanished and we were totally reliant on our torches to find our way around."

Full texts of articles of Julian Jansen van Rensburg you can read on Voices National Geographic:

Mysterious Cave Art of an Island in the Arabian Sea

Mapping the Underground Mysteries of Socotra

archeologycavesculturemumi
← Our new project - a restaurant on SocotraYemenia Airlines begin flights between Dubai and Socotra →
Comments ()
Log in via social networks to leave a comment:
Do you know that...
Socotra has five wildlife reserves.
Our projects