Shipwreck off the Samha coast 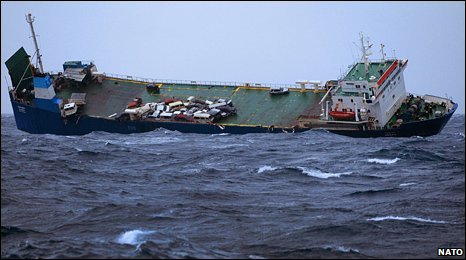 A commercial vessel, which was transporting cars at its upper deck, was carried out by a storm into the open ocean off the Samalian coast.

As a result of the strong wind and 10-meters waves the vessel got out of control and started drifting towards Socotra. After passing the island of Abd Al Kuri the vessel’s captain sent out a distress signal.

It was picked up by the NATO warship, which was patrolling this sea area. 23 seamen were rescued by means of helicopters. The vessel sank off the Samha coast.

← Socotra opens a new tourist season Heavy rains on Socotra →
Comments ()
Log in via social networks to leave a comment:
Do you know that...
The Socotrans greet each other by touching their noses.
Our projects