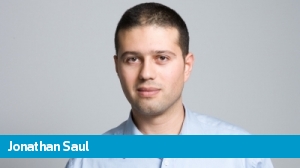 The article "Pirates used the island as a refueling Yemeni base", released by Reuter's in London in the morning of July 5, 2011 and written by its stuff journalist Jonathan Saul with reference to a consultant on maritime risks of Lloyd's, categorically stated that the island of Socotra " for months if not longer" is used by Somali sea gangs to restore fuel and food supplies. This, the author says, allows them to stay for longer periods at sea.

Even the great naval international presence, he says, can do nothing with this.

Mr. Saul's news of Reuter's spread around the world, it can be found even on the websites of the media of the Arab countries, including Yemen. Unchecked reports, with reference to the issue got into the Wikipedia article about Socotra in English!

However, according to Socotran journalist Muhammad al-Arqabi, the head of the local authorities on Socotra completely "denied that Socotra became a pirates re-fueling hub".

For anyone who has been to Socotra and is familiar with the island and its indigenous population, as well as its climate, navigation, and economic features, the strange "news" from world known Agency looks not only as being without any ground - but entirely unrealistic in principle.

Or as negligently transferred to the present days from the "Book of Marco Polo" or the works of medieval Arab chroniclers..


Another provocative article written after that by an Israeli military analyst and our comments on the topic:

THE GOST OF LORD BENTINCK

There's no denying that David Eshel, a retired colonel of the Israeli Defence Forces, a famous military writer and analyst is a master of presenting information. Indeed, he keeps track of information and knows it, his manner of writing is rather simple, logical and competent as the list of only his books is really very impressive.

The problem, however, is in great depth!

Indeed, a sudden take-over of Zinjibar, the administrative center of Abyan province located off the very Arabian Sea coast, by Islamic Militants was regarded by many people as a serious threat not only because of its strategic location by the ocean, but also due to its direct proximity to the really super strategic city - Aden with its international harbor, airport and the biggest in the region oil refinery. These were only 50-60 km of a high road that remained between AQAP, the invader of Zinjibar, and the economic capital of Yemen.

However, in July Yemeni forces backed by armed tribesmen launched an offensive against al-Qaeda-affiliated fighters to liberate the 25th Brigade outside Zinjibar and under siege for over a month. Tribesmen in Mudiyah were the first to move to expel al-Qaeda. It was clear that the local AQAD had not received a backing from tribesmen. So, it did not have a chance to establish an emirate at the location of the former Fadhli Sultanate and would hardly have it in the future.

As for global anxiety regarding Yemen’s instability undermining Western interests, which was mentioned by David Eshel in his article published in Defense-Update as of 26.7.2011, it has been well-known since the beginning of 2010. As early as at that time Osama bin Laden was planning to provoke an upsurge in oil prices, which could inevitably have had a negative impact on the world economy, by arranging terroristic activities at the sea tanker routes lying along the south and west coasts of Arabia. It was at that time when the world powers started actively supporting Sanaa to strengthen the acting Yemeni government. Indeed, an increased threat to the everyday flow of 3.5 mln barrels of oil through Bab el Mandeb to the Mediterranean Sea is a serious argument. But this piece of “sensational” news was known as early as one and half year ago!

However, David Eshel enhances his arguments by supposing that the US Navy’s Fifth Fleet in Bahrain is in danger as the domestic policy of this small island state has lost the balance due to its Shiite disturbances. As for the hope for “Saudi intervention”, the author considers it to be unconvincing.

According to him, in case of leaving Bahrain the American forces will need more than a military base on the island of Diego Garcia in this region, especially in case Yemen changes its regime and falls into chaos.

And, finally, Socotra was the main point of David Eshel’s idea.

First, it was already reported that “Somali pirates use this remote Yemeni Island as a fuel base”. Second, the Island and its archipelago are located at one of the most strategic crossway of the world – “Socotra can be regarded as a favorable base both for terroristic and counter--terroristic activity”. Third, the archipelago has been “a strategical point of the “Big play” between China, Russia and America for a long time”. The more so, according to the author, in the times of People's Democratic Republic of Yemen the Soviet Union already used Socotra as a military base. USA also have been going to set a base at this super strategic place since the end of “cold war”.

The military analyst shows a dramatic example what far-reaching strategic conclusions can be made just casting an intent expert look at a political map without going into real geographical, navigational, climatic, historic and other details.  This is the very case when, as famous genius field marshal Alexander V. Suvorov has it, “it was all very nice on paper…”

The point is that though its “vast strategic importance”, which is so evident to everyone looking at a geographical map, Socotra not to mention its small neighboring islands does not have any natural harbors and, therefore, has never  been suitable for strategic foreign presence on its territory. This was encountered by the Portuguese as early as in 1511, when they had to evacuate from the island to Goa after having lived in its severe conditions for only four years.

In 1835 at the initiative of Lord William Henry Cavendish-Bentinck, the then Governor-General of India, who had failed to persuade Sultan of Kishn of Banu Afrar dynasty to sell Socotra for 10 ths. thalers, Socotra was occupied by the ships and landing troops of the East India Company. The island, which navigational and mapping photography had been made by the British a year before, seemed the best place for establishing a coal station on the way to Bombay.

However, this “strategic initiative” of Lord Bentinck failed like all his other high-profile “strategic” cases.  Not meeting any opposition from the shore the British were involved in an accident within the first minutes of landing on Socotra. One of the boats was turned upside down by a heavy wave and swimming like a stone sepoys went under water (only a few of them were saved by junior British commanders). It took only in a few months for malaria and fever to halve the “military base” of  the East India Company’s army and navy. The survivors were urgently evacuated from the island and it had not been used neither as a permanent nor a temporary base for any military forces up to the middle of 1943.  It was only an acute need to secure the sea part (between Mombasa and Ormuz) of “Persian corridor” (the name for a supply route through Iran into Soviet Azerbaijan and Turkmenistan by which British aid and American Lend-Lease supplies were transferred to the Soviet Union during World War II) threatened by Monsun Gruppe U-boats, that forced  the British command to develop a ground airfield on Socotra for British and Dutch  anti-submarine squadrons and to bring guard forces from India, Aden and  Hadhramaut (Hadhramaut Bedouin Legion) into Socotra. However, these forces were completely withdrawn in December 1945.

As for the Soviet military base on Socotra, it seemed to us that we had closed this subject in our article published in “Vremya Novostey” ( N°210, 13 November, 2008 - in Russian) and do not see a sense to prolong and cultivate this boring myth. Of course, if it is not the point of new and far-reaching provocations.

At that it is quite possible to see such a provocation in the information spread by Reuter's Agency from London on 5 July, 2011 in the article «Somali pirates use Yemen island as fuel base - Tue Jul 5, 2011 By Jonathan Saul», that was practically mentioned by the Defense-Update analyst.

How should Socotra have such a great amount of fuel? Its supply to the island is restricted by transport possibilities of Yemen and a danger to be captured by the very same pirates on the way. Who would pay for such a great amount of fuel? Where such fuel stations could be organized? There is only one so called "dekka" (something like a very short pier) on the island. In any case a fuel station organized near it and the fact of transloading fuel-barrels off shore could not remain unnoticed as the locals never showed respect to pirates. Moreover, from the middle of May to the beginning of October Socotra can be hardly approached because of brisk monsoon winds not saying about of using it as "a fuel station". So, it is evident that the very monsoon period is not the right time for appearance of such “a piece of news”. It looks like the author of the news just wanted to earn some money from his own sensation and global biases.

However, the second for this July item, the more professional analytical one containing a direct expert advice to USA: “to consider possibility to take control over the Socotra Archipelago and establish there a stable American military presence before someone else (the Russians or the Chinese?) overtakes them”, can be already regarded as a tendency.

Now, it is the right time to remember Lord Cavendish-Bentinck with his crazy idea to establish a strategic “coal station” on Socotra.

As the much-repeated story has it, if he had not been dismissed from the post of Governor-General of India in 1835, the very tragic year for Socotran military EIC garrison, Lord Bentinck would have demolished Taj Mahal and sell off the marble...

EventsPirates
← Booking tours to Socotra for 2011-2012Claudius Schulze - Support my Socotra Book! →
Comments ()
Log in via social networks to leave a comment:
Do you know that...
Socotra has a great number of caves some of which stretching for tens of kilometers.
Our projects