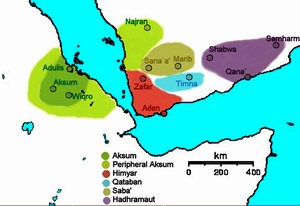 One of the possible ways to find cultural remains of the Late Antiquity in the modern Yemeni cultural heritage is that of paying more and more attention to the Socotra oral folklore heritage, first of all to Socotra four-line “temethel” verses and prosaic folktales of various kinds as well as oldest legends of Soqotra, which are mostly unknown.

However, the only right way of approaching into the Soqotran unwritten heritage archive of this Yemeni island in the Arabian Sea which is kept mostly by illiterated cfttle-breeders of Soqotran highlands is to direct much more efforts to Soqotri language study taking into account that fact that the Soqotri language, one of MSA living Semitic languages, actually exists on the Soqotra archipelago in form of the nomber of local dialects. Each one of them is a real language subsistem having a nombre of its own clear distinctive features.

Since the maritime activity began in the Srabian Sea region linking the Ancient Mediterranean with Punt, South Arabia and old Indian states the island of Soqotra has a unique bridging role in its special maritime technology and old sailors practice because:

1) until the Late Antiquity Soqotra was a very important producer and supplier of sacred resins of incence, myrrth, aloe and dragon.s blood and some sea products (among them peal and amber) which were needed by both East and West. Thus, Soqotra became a place were the merchants from the both sides possible met (as it was at least in the first century of A.D. according to the 'Periplus of the Red Sea.) enabling the meating not only of their own traditional cultures but leaving signs of them in Soqotran natives folklore;

2) in the Arabian Sea’s sailors practice - from the Ancient times to at least the beginning of the 19th century - Soqotra also plaied an important natural bridging role on the way from the Read Sea toward India, being a guaranteed place of fresh water, food, repair and rest supply for them (even such a great seaport of the world as Aden had hard water supply problems until the beguinning of the 20th century). As native people always closely contacted with the visiting sailors and the native Soqotran population of Suq (Sheq), Qalansiya, Tamarida (Hadibo) and other villages of the north western and north coast of Soqotra are fishers and local sailors thamselves there was an exchange of tehnologues and ideas and, what is more importany for us, the exchange of words taking place, the signs of which we are finding in Soqotran seamen naval terms (for instance, some names of ships, winds, constellations and sea products);

3) since at least four first centuries B.C. the island of Soqotra was a target of political and religious expansions, initially from Ancient India and Greece, then from Ancient South Arabian frankincense monarchies. Finally, Then Soqotra was known worldwide as the most forwarded bridgehead of the Christianity to the south since the first century A.D. remaining in status almost until the 17th century. Some signs of the Soqotra’s Late Antiquity Christian times could also have leaved its signs in the island’s folklore, if a little.

Soqotri, which place still is not clear in the Semitic languages classification tree, is now considered by some scientists as the most oldest language between the Modern Semitic living languages and possibly the most closest - through the West Semitic branch (or, according to Prof. A.Militarev, South Semitic branch separated from Proto-Semitic ca. 4 millennium B.C.)* – to Proto-Semitic (previous classifications placed Soqotri likely according to the geographical ground within South Western/South Peripheral Semitic looking at it as one of the remaining oral dialects of the Old South Arabian Epigraphyc languages). In field research practice it means (according to our experience with Soqotri live speech and its tape-recordings studies conducted since 1976 on Soqotra and in Aden) that Soqotri language as a language system is not far from Classical Arabic or and not harder in mastering then any of spoken Arabic dialects like Adeni, Hadhrami or Egyptian. May be this fact will help to encourage a new generation of Modern Semitic field researchers to pay more attention to this endangered language as such – not only as a source for isolated marginal examples for traditional comparative Semitics studies.

However, our concern toward the lack of new Soqotri language field research activity is related not only with the interests of the Semitistics, which soon can loose this unique but still living and actively functioning material. The most urgent matter now is the Soqotry folklore heritage conservation. The reason here is clear. A traditional isolated life of Soqotrans, including highlanders, is under a strong pressure of modernization. And when Soqotri itself demonstrates its possibility to function even inside the rapidly changing cultural environment, the oldest and the most valuable stratums of the Soqotran folklore heritage – “the Soqotran oral heritage archive” secured by the Soqotran people through the millennia - could be lost with the loss of traditional ways of life, old technologies of all kinds and simply - the most archaic vocabulary and other linguistic features. Already now, difficulties in understanding of the archaic words and idioms are a sharpening problem. All this may cause the loss of a big oral unwritten “library” that contains the unique language corpus, the developed folklore poetry and prose tradition and – and it is important from the point of view of this Conference theme – the numerous evidences of cross-cultural contacts for which Soqotra played a bridging role through space and times.

CultureFairy-talesSocotriVladimir Agafonov
← Temethel as the most bright element of soqotran folklore poetrySocotra Fairy-tales →
Comments ()
Log in via social networks to leave a comment:
Do you know that...
For an Adenese-Socotran expedition, in 1960 there were issued special postage stamps.
Our projects