Preliminary Report of the Russian Interdisciplinary Mission to the Republic of Yemen submitted to the General Organisation of Antiquities and Museums (G.O.A.M.), Season 2009

In the present 2009 season the Expedition continued its researches on the Soqotra Island (Republic of Yemen).

I. The main object of the archaeological excavation was the ruin of the large building at the settlement Hajrya located to the west of Hadibu city.

Near the northern and southern sides of the Room 1 there were long corridors. The southern corridor was excavated completely. Its size is 12,5x2,4-2,8 m. There were three asymmetrically situated entries from this corridor into the Room 1.

Close to the southern corridor was the Room 2 (5x3 m), the entry from which goes to the other room. Two levels of the floor were opened there. On the higher or “late” floor, a hand-mille stone was found, while on the lowest, “early” floor, in the north-eastern and south-eastern corners of the corridor, two ceramic vessels laying upside-down were discovered.

Fragments of white calcareous plaster from deposits testify that the walls and the roof of the building were plastered.

The majority of archaeological finds includes fragments of locally made pottery. Small quantity of fragments of the imported vessels shows that the building was erected in the XV-XVI centuries.

By the big size and quite high quality of the building (plastered walls, for example) we can consider that it was a sort of public house.

II. During 2009 season the Expedition has continued its researches of the Early Paleolithic period, which was discovered by our Expedition last year. The main results of our work were the discovering of the sites of Oldowan culture in the places with appearing in the ground surface of flints near wadi Tharditror (centralpart of the Island) and in the vicinity of the Raquf village (Eastern plateau).

Special attention was paid to the complex of unique sites with many finds of the Stone Age flint tools in the wadi Tharditror, located between the limestone hills Hamer Kahyuf and Hamer Dihagok, as well as at the rocky scale-shape terraces between them.

Here, at the site located in 2-3 km north-west of the Hamer Kahyuf hill, two ancient workshops with thousands of artifacts were found. The flint industry in Tharditror is characterized by a complete absence of nucleuses (tool cores) with dominating at the same time in the typological line of one-side and both-side choppers. Large scrabbles were also found at the site.

The flint artifacts from Raquf insert to the same typological line, which allowed us to make comparisons with the similar finds from the Hadibu valley.

One more site with Stone Age artifacts was found near wadi Aihaft, located close to the Nojhar village. All collected objects from this site are similar to that from the Hadibu valley.

Generally, already now we can say that in the Early Paleolithic period Oldowan people actively inhabited the Soqotra Island. They lived mainly at the places with raw materials for making stone tools, and with good water sources. At the same time any sites with Microlitic industry were not found in the Island so far.

Source: Institute of Oriental Studies of the Russian Academy of Science 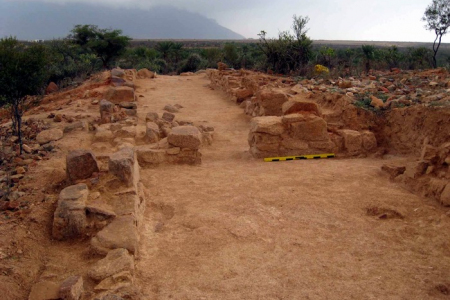 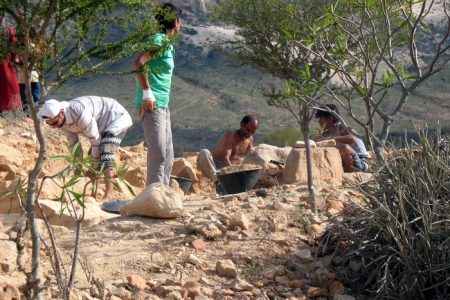 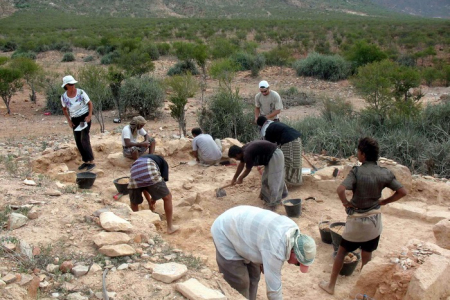 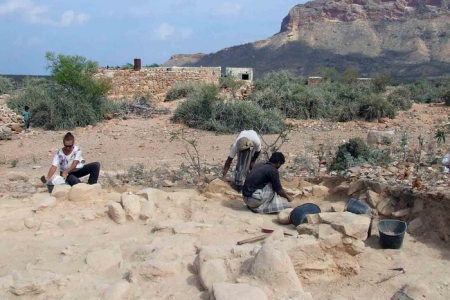 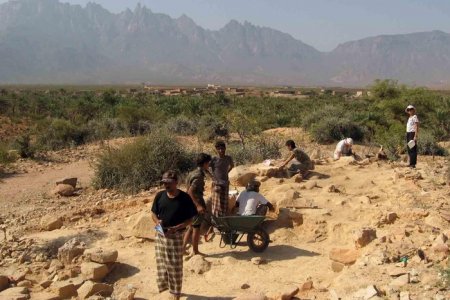 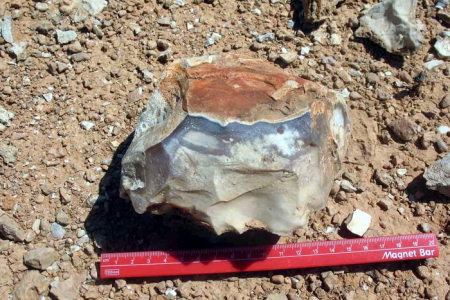 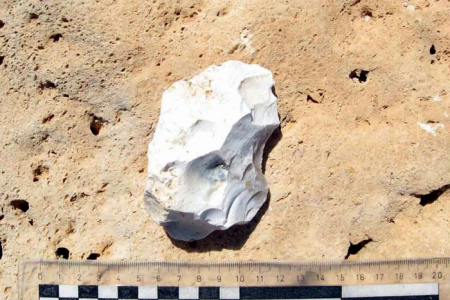 ← Heavy rains on Socotra Socotra Island is free of malaria →
Comments ()
Log in via social networks to leave a comment:
Do you know that...
For an Adenese-Socotran expedition, in 1960 there were issued special postage stamps.
Our projects