A real trekking tour is the best way to see and get to know Socotra island. Vladimir Melnik was on Socotra 12 time!

Socotra from above, lagoon Detwah

Photo by Dmitry Pievtsov, a Ukrainian pilot who regularly works at Socotra

Photos of Socotra island with quadrocopter. February 2019, visiting the island as part of the round-the-world cruise on the yacht Ladoga.

Morten takes unusual photos in the ultraviolet range. In February 2015 we organized for him a special tour around Socotra.

Photos from the fourth trip to Socotra in January-February 2015. Anton likes to get into tricky areas to make an unusual pictures.

Photos of our guest Tatiana Egorova, visited Socotra in January 2014. Our camping program "The Best of Socotra".

Photos of our guest Tatiana Drujinina, visited Socotra in 2013. "Thanks for a great tour! Much time has passed, but the impressions is so bright, it seems that it was just yesterday." Our camping program "The Best of Socotra". 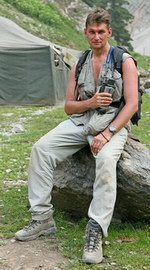 A number of photos of Socotra's tourist places were made during the first visit of the island in 2006.