"Our mission is to document the presence of rock art located in the depths of Dahaisi cave using the latest photographic techniques. We are hoping they will help us uncover and study the animal and human figures, crosses, and strange array of geometric patterns that adorn the walls of the final chamber."

A group of Russian linguists under the direction of a correspondent of RAS, Director of the Institute of Oriental Studies Vitaly Naumkin developed a writing system for the archaic language of the Yemeni island of Socotra. The indigenous population of Socotra speaks a dialect of the local Socotra unwritten language, related to the modern Semitic Modern South Arabian languages, as well as in Arabic.

Сhronology and fairy-tales of Socotra

New materials from Vladimir Agafonov - chronology of Socotra island and two Socotran fairy-tales, one of them you can listen to Socotri.

Early November Vladimir Melnik came again to Socotra to make a film about Socotra’s old men whose lifestyle pattern has not practically changed for the recent decades. 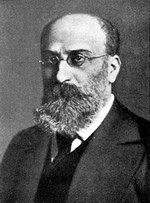 UNCF finances modernization of 68 schools on the Socotra Archipelago.

The United Nations Children's Fund continued financing development of formal education on the Yemeni Socotra Archipelago, which was initiated in 2007. At the end of 2008 68 Socotra’s schools were equipped with school and office furniture and schoolchildren were given schoolbags with a full set of writing implements.

On Socotra, Yemen’s remote island, there were discovered the stone implements moving the history of the island almost one million years away. Previously, most researchers reckoned that this big island located near the Horn of Africa had been settled not so long ago.

For an Adenese-Socotran expedition, in 1960 there were issued special postage stamps.

English scientist Brian Lougery states that it was Socotra where a Shakespeare’s play was put on for the first time in the Arab world!

The most interesting thing of the museum is a set for fire-making. If you ask a museum attendant to show you how to make a fire he will easily do it in couple of minutes.

People from every corner of the world come to Socotra to enjoy an island of remarkable beauty and the astonishing plants and animals found nowhere else on Earth. Tourism here should be primarily understood as ecotourism; therefore, the guests of the Archipelago have travelling responsibilities and are obliged to observe rules of environmental behavior.

Socotra has a great number of caves some of which stretching for tens of kilometers.